Does the thymus have anything to do with skeletal muscle? Wilson Savino Professor at the Oswaldo Cruz, Fiocruz Foundation, Rio-de-Janeiro, Brazil

Wilson Savino is a professor at the Oswaldo Cruz: Fiocruz Foundation (South America’s most important institution in biomedical sciences), and a member of the Brazilian Academy of Sciences. He directed the Oswaldo Cruz Institute (the oldest structure within the Fiocruz) from 2013 to 2017, and was President of the Brazilian Societies of Immunology, Cell Biology and the International Society of Neuroimmuno-modulation. Wilson Savino is currently coordinating the national integration strategies of the Fiocruz, as well as the programmes of cooperation between the Fiocruz and France. In recognition of his efforts for Franco-Brazilian cooperation, Savino was named Knight of the Order of Academic Palms in 2013, and his Laboratory was visited by the French Minister of Health, Marisol Touraine, in September 2015. Wilson Savino is also very much involved in the fight against emerging diseases such as dengue fever and, more recently, Zika. Wilson Savino’s work has resulted in more than 300 publications.

His career has been linked to Franco-Brazilian cooperation for almost 40 years now. Savino arrived in Paris in April 1981, with the election of François Miterrand (pure, but happy coincidence according to him). He did part of his thesis, followed by a post-doctoral internship with Mireille Dardenne at the Necker Hospital. He then returned to Brazil in 1985 to found the Thymus Research Laboratory at the Oswaldo Cruz Institute. Since then, he has continued uninterrupted collaborations with French laboratories, not only in Paris but also in Lille, Lyon, Montpellier and Toulouse. His collaboration with the Institute of Myology, the former UPMC and now Sorbonne University, began in 2002, when we decided to join our efforts in immunology and myology to better understand the cellular and molecular mechanisms involved in muscular dystrophies, explore the role of the extra-cellular matrix, and improve therapeutic strategies. This joint collaboration has made it possible to set up xenograft models, to characterize the stages of muscle regeneration using human stem cells, and to define a new predictive biomarker for Duchenne muscular dystrophy. These are just a few examples among many other results, which has led to the publication of numerous articles, resulted in numerous exchanges of students and young researchers, and finally to the creation of an Associated International Laboratory, which lasted 6 years and which is in the process of being renewed by INSERM, Sorbonne University and FIOCRUZ. 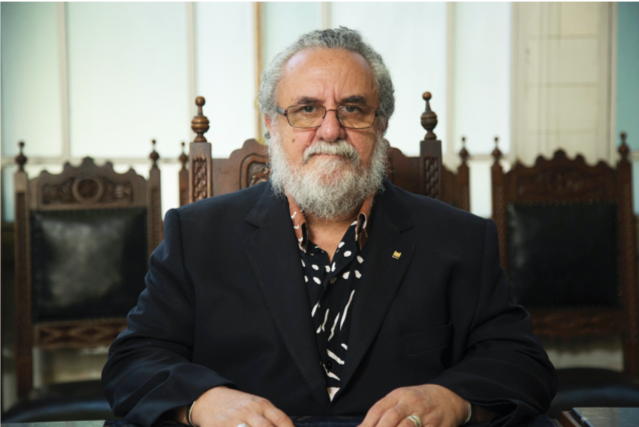