In my talk, I will focus on two distal myopathies which are apparently relatively frequent in Japan: GNE myopathy and oculopharyngodistal myopathy (OPDM).

GNE myopathy is an autosomal recessive muscle disease characterized clinically by preferential involvement of tibialis anterior muscle and relative sparing of quadriceps, and pathologically by the presence of rimmed vacuoles, which is caused mostly by missense mutations in the GNE gene that encodes a protein with the activity of two enzymes in sialic acid biosynthesis, UDP-GlcNAC 2-epimerase and ManNAc kinase, resulting in the reduction of the sialic acid levels in serum and skeletal muscles. So far, 103 different mutations have been identified among 345 Japanese unrelated families. Interestingly, we have identified only 3 patients homozygous for the second most common mutation p.D207V as well as a healthy homozygote. Furthermore, the allele frequency of p.D207V is higher than that of the most common mutation in general Japanese population, raising a possibility that p.D207V may well be a mild mutation whose homozygosity does not lead to disease phenotype in most cases. In fact, based upon the results of biochemical assay, intra- and inter molecular ManNAc transfer in GNE molecules with homozygous p.D207V mutations are mildly decreased, leading to borderline sialic acid production. We treated our model mice, which showed a phenotype clinicopathologically similar to human patiens, with ManNAc, NeuAc, and sialic acid conjugate, sialyllactose from around 15 weeks of age and continued to around 55 weeks. Phenotypic manifestations were almost completely suppressed, indicating that sialic acid deficiency is the cause of GNE myopathy and that the disease can be suppressed by sialic acid supplementation.

OPDM is an autosomal dominant muscle disease which is characterized by ocular and bulbar symptoms, including ptosis, ophtalmoparesis, and dysphagia, in addition to preferential distal limb muscle involvement. It is clinicopathologically similar to ocuolopharyngeal muscular dystrophy (OPMD) which is caused by alanine codon expansions in PABPN1. Recently, our collaborator identified the expansion of the CGG repeats in the 5’ UTR of LRP12 in OPDM patients as well as of NOTCH2NCL in patients with neuronal intranuclear inclusion disease (NIID). Soon after that, similar 5’ UTR CGG repeat expansions in GIPC1 and NOTCH2NLC were also associated with OPDM. In Japan, majority of OPDM patients seem to have expansions in LRP12 while Chinese OPDM patients those in GIPC1. I will discuss detailed clinicopathological features of OPDM_LRP12 and pathological differentiation between OPDM and OPMD.

Dr. Nishino obtained his M.D. in 1989 from Kyoto University. After 5 years of neurology training supervised by Prof. Jun Kimura, he started muscle disease research in NCNP in 1994 under the supervision of Dr. Ikuya Nonaka, and further continued research for 2 years in Columbia University where his research was guided by Profs. Michio Hirano and Salvatore DiMauro. He was appointed to his current position in 2001. By now, he has published more than 600 PubMed-listed papers in the field.

His laboratory functions as a referral center for muscle disease in Japan, providing diagnostic service for muscle pathology and genetic analysis. His lab is designated as national NGS center for hereditary muscle disease by AMED (governmental funding organization in Japan). His lab collects around 80% of muscle biopsies performed in Japan (1103 cases in 2021) and he signs out all cases. As a result, his muscle repository has more than 22,000 frozen muscle biopsy samples, which is one of the largest collections of the patient’s muscles. 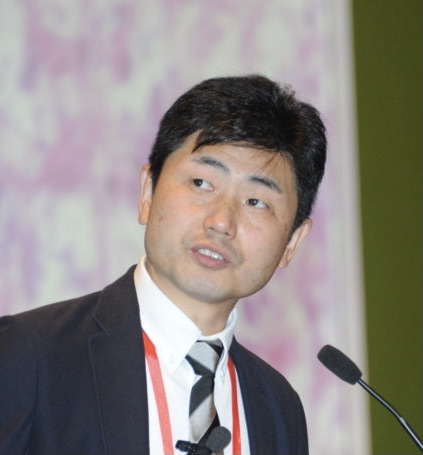